AEM as a Cloud Service incompatible!

This feature is not AEM as a Cloud Service compatible; starting with the release 4.6.2 this feature is disabled on this platform (including the SDK).

On-Deploy Scripts allows developers to create one-time scripts that execute upon deployment to an AEM server.

Patch System by Jetpack is a cool add-on that builds on top of On-Deploy scripts! It’s not part of ACS AEM Commons, but if you use On-Deploy Scripts definitely check it out! 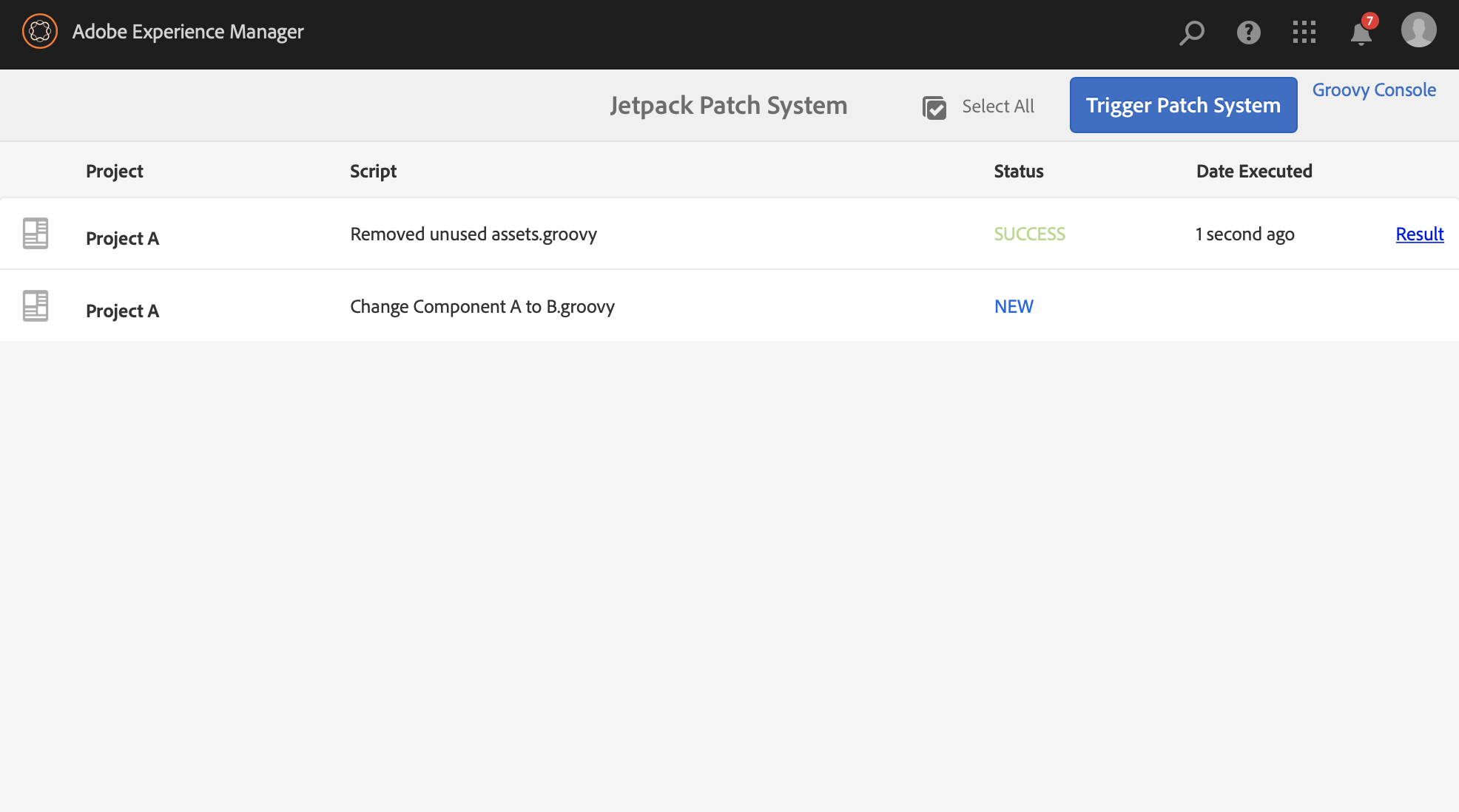 There are other tools out there that allow you to run ad-hoc scripts against your AEM instance manually, but this method is fully automated. An automated approach provides many key benefits.

How to Use On-Deply Scripts

Enable the On-Deploy Scripts feature by deploying a blank OSGi configuration file from your project deployment.

Create a service implementation of com.adobe.acs.commons.ondeploy.OnDeployScriptProvider. This service implements a single function that returns a list of one-time script classes for the On-Deploy Scripts Executor (enabled above) to run.

This can very well be a copy and paste of the code below. Note the commented line - this is where you will be referencing your real script classes, in the order you wish for them to run.

Once you have created these script classes, add them as instances to the list returned by your Script Provider class created in the previous step.

On-Deploy Scripts are designed to run a single time per AEM server. To that end, AEM will track which scripts have been run, and deploying a Script Provider multiple times with the same list of scripts will not cause those scripts to run multiple times (provided they are successful and the status tracking nodes are not removed - see Monitoring section). Indeed it is often beneficial to keep the entire list of scripts intact indefinitely, so that a new AEM server can run all scripts from first to last to be completely up to date without any manual intervention.

On-Deploy Scripts are executed immediately on deployment to AEM, and are run in the order specified within the Script Provider service. Each script generates a status node under /var/acs-commons/on-deploy-scripts-status. This status node indicates whether the script was successful or not, and when it executed. A script that completes successfully will never run again on this server (unless the status node is removed).

If a script fails, AEM will mark its status node with a value of “fail”. A failing script will prevent any later scripts in the list from running, in case later scripts depend on the success of earlier scripts. A failed script will attempt to execute again during the next code deployment (or restart).

If your On-Deploy Scripts are not running on deployment to AEM (as evidenced by not finding any status nodes under /var/acs-commons/on-deploy-scripts-status), ensure you have enabled the On-Deploy Scripts feature by deploying an empty OSGi config for com.adobe.acs.commons.ondeploy.impl.OnDeployExecutorImpl.

If your On-Deploy Scripts are running but failing, your best bet is to check log files. If you’re using the logger provided by extending OnDeployScriptBase for your scripts, the logging should match your exact script class names. You may also wish to filter your log file by com.adobe.acs.commons.ondeploy and up the logging level to DEBUG.

One common source of errors can be attempting to execute operations without appropriate permissions. On-Deploy Scripts are run by the acs-commons-on-deploy-scripts-service service user. By default, this user has the following permissions:

Depending on what your script is attempting to do, you may need to add further permissions for the acs-commons-on-deploy-scripts-service user to your AEM repository.

Please report any issues with the Feature or documentation on the ACS AEM Commons GitHub Issue tracker.